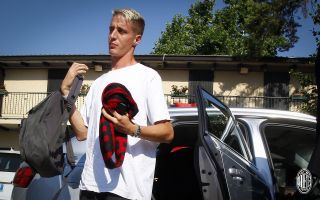 AC Milan are hoping to be able to get two players off the wage bill next month who are not deemed to be part of the project, a report claims.

The Rossoneri management are of course focused on how to strengthen the squad when the window reopens, but at the same time they are also looking at potential sales to raise funds, free up wages and also spots in the squad ahead of the second half of the season.

As reported by La Gazzetta dello Sport (via MilanNews), Milan are working on the exits of Andrea Conti and Samu Castillejo who are the main suspects to leave the club before February. The former Atalanta full-back is admired by Empoli, while the Spanish winger has admirers in both Italy and Spain.

Genoa have been mentioned by several sources as a possible destination for Castillejo, with Andriy Shevchenko looking to add some attacking options.