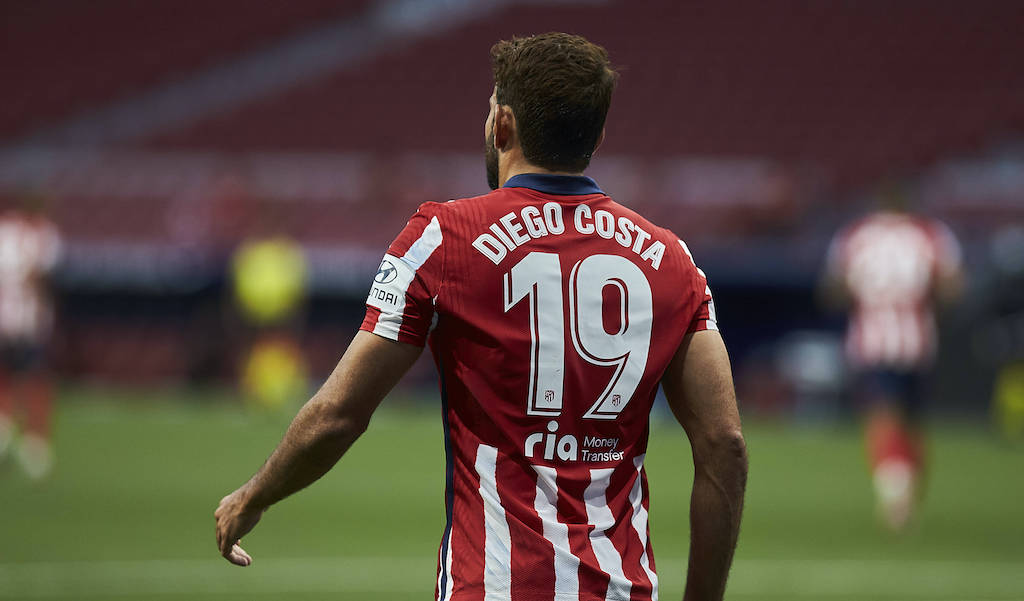 Conflicting reports are emerging regarding speculation from Spain that Diego Costa could join AC Milan from Atletico Madrid.

Juan Gato, journalist of Spanish radio station Cadena COPE, published a message on Twitter about the future of Diego Costa claiming that the former Chelsea man has confessed to his closest friends – after being eliminated in the Champions League against RB Leipzig – that his next destination will be Milano.

It was not specified whether it would be the red or blue half of the city, but the previous fallout between Inter boss Antonio Conte and Costa while at Chelsea suggests only one possible option.

According to transfer source Louis Girardi on Twitter, the 31-year-old was offered to Milan, and the player would gladly share his spot with Zlatan Ibrahimovic.

However, Girardi adds that the player’s salary is holding back the Rossoneri management, but there will be other contacts between the parties.

Another journalist in Carlo Pellegatti however believes the rumours are false. Speaking on Radio 24, he said: “Milan are working for an alternative to Ibrahimovic, they don’t want to be caught unprepared,” (via MilanNews).

“Diego Costa? I don’t think so, it’s the opposite of Elliott’s philosophy.”