AC Milan face a tough path if they are to make it to the final of the Coppa Italia for the third time in four season.

The Rossoneri made it to the final two in the 2017-18 season, eventually losing 3-0 to Juventus at the Stadio Olimpico in Rome.

Milan have been drawn on the left side for the 2018-19 season, along with fellow Serie A heavyweights Napoli, Lazio and Inter.

In the round of 16, Gennaro Gattuso’s will meet either Sampdoria or SPAL, and then would face Napoli in the Quarter-finals.

Should Milan beat Napoli, a semi-final tie against Inter or Lazio awaits, with the possibility of facing Juventus once again in the final. 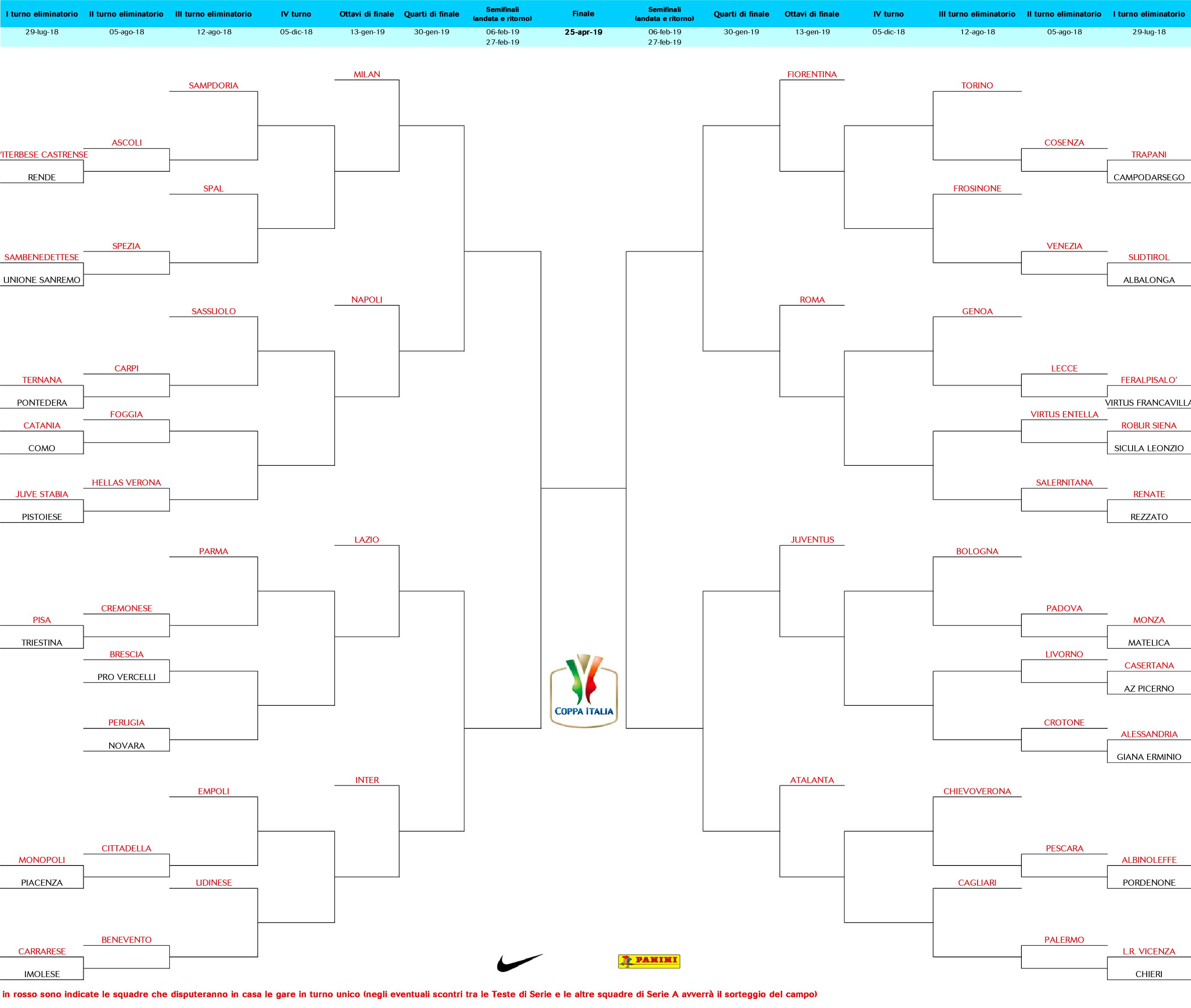