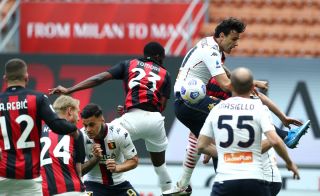 AC Milan begin their 2021-22 Coppa Italia campaign when they host a struggling Genoa side at San Siro on Thursday night in the last 16.

Heading into last season’s Coppa Italia quarter-final derby against Inter, Milan had reached the Coppa Italia semi-finals in each of the last three editions of the tournament, but the Nerazzurri prevailed by overturning a 1-0 deficit mainly due to Zlatan Ibrahimovic’s red card.

Now, the feeling is that Milan are primed for a potential run deep into the competition and could lift the cup for the first time since 2003, even if head coach Stefano Pioli stressed the importance of taking things game by game.

Milan are slowly shrugging off their selection problems once again as Ciprian Tatarusanu and Fikayo Tomori have both recovered from Covid-19 while Ante Rebic came off the bench to feature in the win at Venezia.

They come into the game against Genoa looking to make it three wins in three games across league and cup to begin 2022, having followed up the impressive victory over Roma with a positive performance and a clean sheet in Venice.

According to what is being reported by MilanNews, the probable starting XI includes Mike Maignan in goal and not Antonio Mirante or Tatarusanu, with the latter having only recovered from Covid-19 this morning. The defence in front of him should feature Pierre Kalulu at right-back, Matteo Gabbia and the returning Fikayo Tomori at centre-back and Theo Hernandez at left-back.

Sandro Tonali will get the nod in the double pivot as he is suspended for Monday’s game in the league against Spezia with Rade Krunic likely to partner him. Alexis Saelemaekers, Daniel Maldini and Rebic should be in the attacking trident behind Olivier Giroud, with Zlatan Ibrahimovic suspended after his red card against Inter in the cup last season.

Genoa may have appointed Milan legend Andriy Shevchenko to try and turn their fortunes around after Ballardini’s terrible start to the season, but he has not done much better as they limped to a 1-0 home defeat to relegation rivals Spezia in their last game.

They are now five points from safety and have won just once in their last 19 games in Serie A and the Coppa Italia, with that victory coming against an equally if not more crisis-stricken Salernitana in the Coppa in December.

It seems as though Shevchenko is on borrowed time unless he can get things going quickly, but a return familiar surroundings and the chance to kick start an unlikely cup run is certainly one way to do that.

In terms of selection choices, defender Laurens Serpe is out due to Covid-19 and Domenico Criscito is also set to miss the game having just come out of quarantine. Nikola Maksimovic has a muscle injury, while Valon Behrami and Yayah Kallon should miss out too, but impressive young midfielder Nicolo Rovella should slot back into the XI for a battle with Tonali.

The Milan-linked pair of Paolo Ghiglione and Andrea Cambiaso are tipped to start at wing-back but the latter is a slight injury doubt, while veteran forward duo Felipe Caicedo and Gordan Pandev should be paired together.

As Sportskeeda point out, there have been 128 games between the two teams in their respective illustrious histories, with Milan leading 58-28 in wins plus 42 draws. Milan have had the better recently too having registered seven wins in their last 10 games against the Grifone.

There have been 5 previous meetings in the Coppa Italia between AC Milan and Genoa, all played between 1937 and 1985: 2 Rossoneri wins, 2 draws and 1 win for Genoa. In each of the previous meetings, the teams scored a total of 9 goals to 8.

The pair actually met last month at the Stadio Luigi Ferraris in December in a game which ended in a comfortable win for the Rossoneri as Zlatan Ibrahimovic scored with a peach of a free-kick and Junior Messias scored a brace.

➤ Milan have scored at least 2 goals in 6 of their last 7 matches against Genoa in all competitions.

➤ Milan have seen over 2.5 goals in their last 5 matches against Genoa in all competitions.

➤ Milan are undefeated in 9 of their last 10 matches against Genoa in all competitions.

➤ Milan have failed to win any of their last 5 Coppa Italia matches in normal time.

➤ Milan’s last home match in the Coppa Italia against Genoa dates back to 5 September 1982: the fifth round of the group stages, the Rossoneri won 3-2 with a brace from Joe Jordan and a goal from Aldo Serena.

➤ The most recent meeting between the two teams in the competition took place in August 1985: a 2-2 draw, with Mileti’s own goal and Virdis’ goal for AC Milan.

➤ Pioli’s Rossoneri are the team who have scored the most goals from direct free-kicks (4) in Europe’s top five leagues. Moreover, Genoa and AC Milan are the two teams who have won the most duels in the current Serie A: 219 for the Ligurians and 216 for the Rossoneri.

➤ Three current Rossoneri players scored their first Serie A goal against Genoa: Pierre Kalulu, Rade Krunić and Sandro Tonali. For the French defender, it was also his only goal so far in the Italian league.

➤ Theo Hernández has been involved in nine goals this season across all competitions, more than any other Serie A defender (4 goals, 5 assists).

➤ Genoa coach Andriy Shevchenko is the second-highest goalscorer in AC Milan’s history in all competitions (175 goals, behind Gunnar Nordahl at 221).

For Milan there are a number of players who will have eyes upon them in what is very much an exercise where they should look to get the game wrapped up as soon as possible and get some much needed match fitness.

Daniel Maldini is the obvious stand-out in the starting line-up as many have been calling for him to get a start given Brahim Diaz’s recent struggles, while we all know the threat Rebic carried and Giroud will be looking to keep his positive home form going.

For the visiting side there is no doubting that Destro and Criscito will be big misses given they have combined for 13 of Genoa’s goals this season. The threat comes from out wide as much as anything else given Fares has two goals in the league this season while Cambiaso has a combined five goals and assists.

The real talent is definitely the dynamic young midfielder Rovella, who is on loan from Juventus. He has three assists and is familiar with his opposite number Tonali from their time in Italy’s youth national teams.

The hope has to be that Milan can booked their place in the final eight of the competition while still being able to keep a bit in the tank for Monday night’s league game, but this should not be a thrashing at all as Genoa have drawn with Atalanta and Sassuolo recently, with the players potentially fighting to keep Sheva in a job. 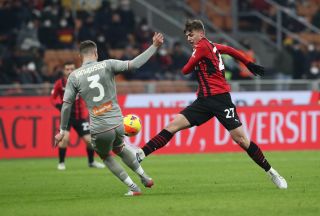 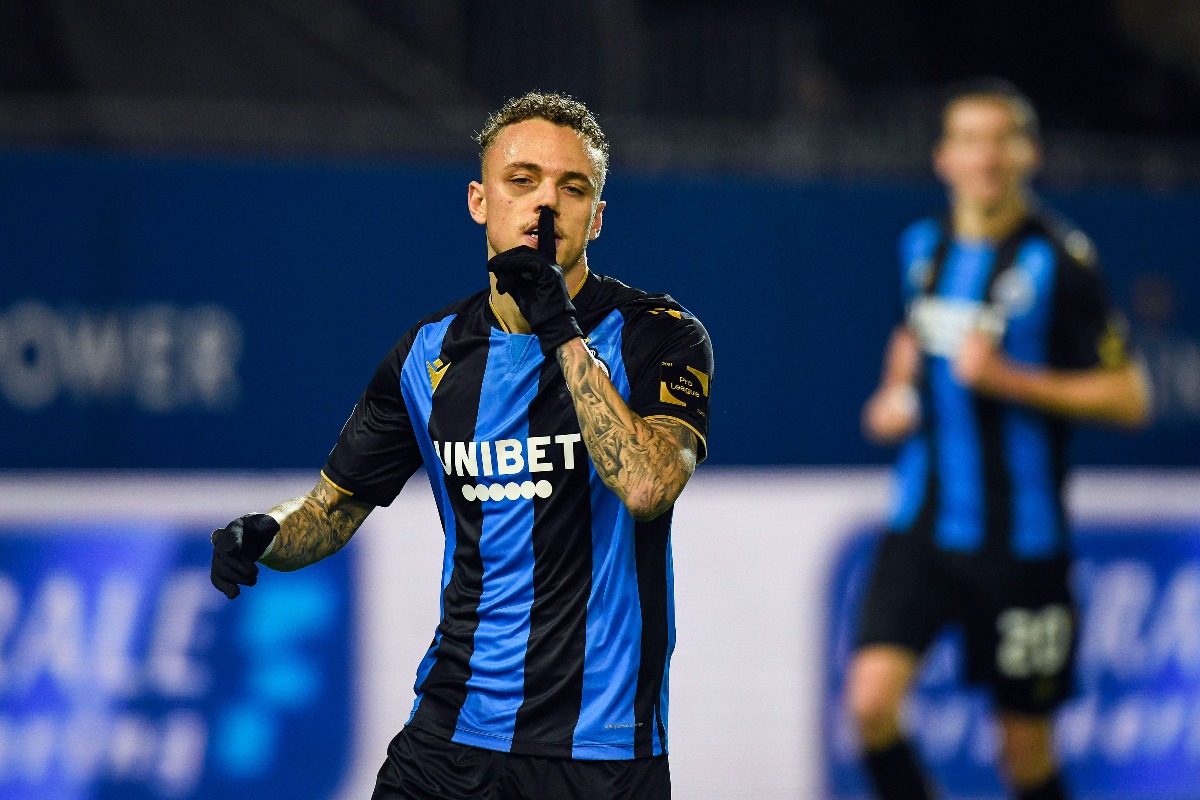 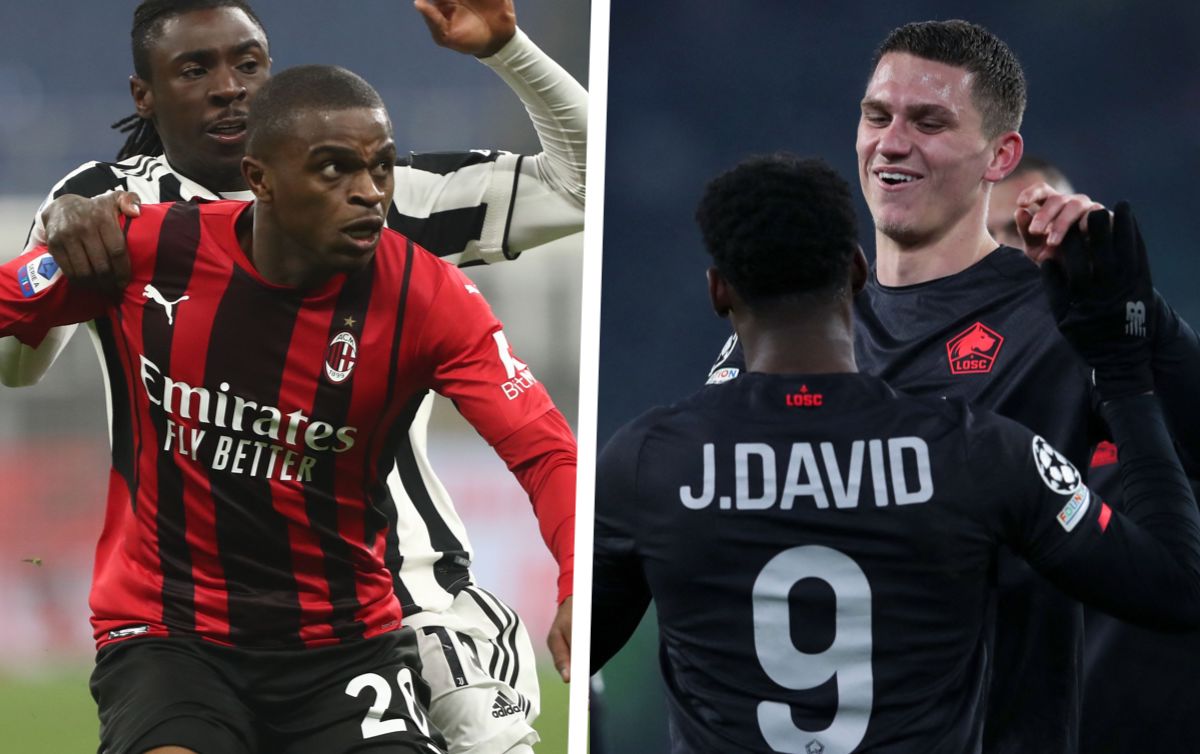