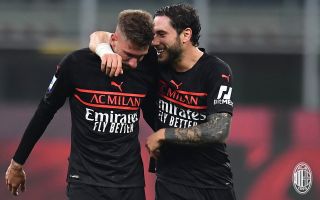 AC Milan showed all of their spirit as they manufactured a stunning second half comeback against Hellas Verona at San Siro last night.

According to il Corriere della Sera (via MilanNews), Milan played ‘without grit and soul’ in the first 45 minutes and found themselves two goals down against Verona and heading for a first defeat of the season in Serie A. However, the vehement reaction of the team was fierce, as they first reassembled and then overturned the deficit.

Milan suffered a lot at the hands of their opponents in the first part of the game as they were not at the race, but the impact of the substitutes was nothing short of game-changing. The impact of Leao was devastating, as well as the entries of Krunic and Castillejo who were very positive.

A header by Giroud got Milan back into it after a cross by Leao, then came the 2-2 with Kessie via a penalty and finally the clumsy own goal of Gunter – perhaps afraid of the presence of the Frenchman and Ibrahimovic – allowed the Rossoneri to go top.

READ MORE: Castillejo decisive for Milan off the bench – his tears an outpouring after difficulty