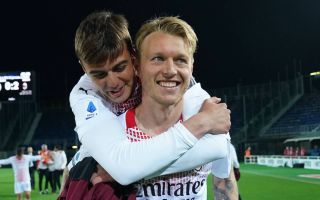 CorSera: Details of Kjaer’s recovery plan emerge as defender will miss rest of the season

Some details have emerged about how Simon Kjaer’s recovery plan will go with the centre-back having undergone surgery yesterday on his knee.

This morning’s edition of il Corriere della Sera (via MilanNews) confirms that Kjaer will have to remain on the sidelines for at least six months. The Dane will only be back for next season as his recovery plan requires the player to lean on crutches for at least a month so as not to strain the collateral ligament, before starting the physiotherapy period, in preparation for the last sixty days which will be getting up to match fitness.

READ MORE: Great run against newly promoted sides – All the key stats ahead of Milan vs. Salernitana