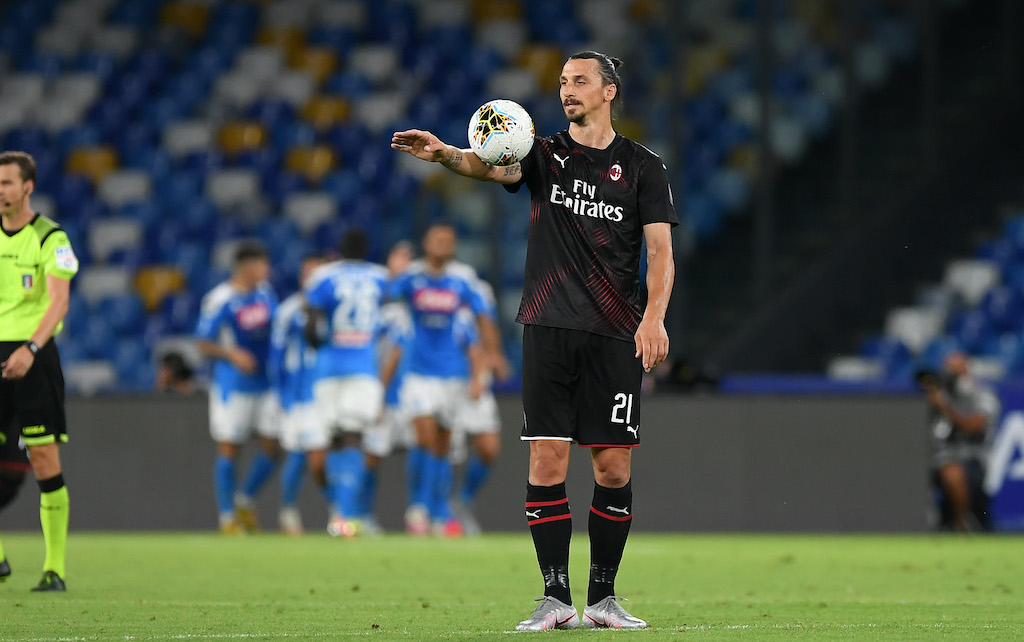 CorSera: Ibrahimovic angry after being substituted off during draw against Napoli

AC Milan striker Zlatan Ibrahimovic was left feeling angry after he was substituted during Sunday’s 2-2 draw against Napoli.

The Rossoneri earned a hard fought point at the Stadio San Paolo, recovering from a 2-1 second-half deficit to nick a draw with a Franck Kessie penalty.

A below-par Milan side took the lead against the run of play through Theo Hernandez’s volley, but Di Lorenzo and Dries Mertens got the home side back on top.

One of the players in particular who looked way off the pace for Milan was Zlatan Ibrahimovic. The Swede looked tired and never got into the game, misplacing several passes and not injecting his usual energy, perhaps understandable given his age and the compact schedule.

However, il Corriere della Sera (via MilanNews) notes that yesterday evening Ibrahimovic did not take his substitution well, as he was hauled off immediately after Mertens had scored to make it 2-1.

The 38-year-old left the field and appeared very angry, and Pioli explained his emotions after the game.

“Ibra was angry because we were losing, we’d just conceded a goal and he always expects the best from himself and others,” he said.