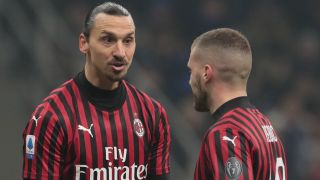 CorSera: Ibrahimovic could get say on summer mercato with contract renewal

Following the success since Zlatan Ibrahimovic’s arrival, AC Milan will be looking to extend the Swede’s contract beyond this season. In fact, they are ready to make an important offer at the end of the season.

The Rossoneri have only lost one game in the league since the start of the year. Although Stefano Pioli made some important changes to the tactics, it’s undeniable that Ibrahimovic has been one of the key men behind the turnaround.

However, as he only signed a six-month contract in January, Milan are keen to lock him down for yet another season. According to today’s edition of Corriere Della Sera (via Calciomercato.com), in addition to a high salary, they have one more thing to offer.

In fact, they are ready to listen to the 38-year-old’s suggestions for the upcoming transfer market. As the newspaper continues, the Rossoneri believe that he can help make the team better and competitive, starting already off the pitch.