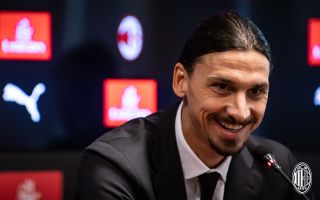 CorSera: Ibrahimovic’s future at Milan beyond June in doubt – he asks for guarantees

Like a lot of key figures at AC Milan currently, Zlatan Ibrahimovic’s future with the Rossoneri beyond the summer is in doubt.

The club is essentially in turmoil at the moment with CEO Ivan Gazidis reportedly not even speaking to directors Paolo Maldini and Zvonimir Boban due to the latter’s inflammatory recent interview.

At the moment, a number of different outlets are reporting that Milan are heading for yet another revolution in the summer, this time one led by Ralf Rangnick and one without the presence of Maldini or Boban.

What the strategy is regarding certain players remains to be seen, but the matter at hand regarding Ibrahimovic’s future is urgent.

Il Corriere della Sera (via MilanNews) comments on the future of the Swede by confirming that his renewal with Milan is no longer so obvious. The 38-year-old, in fact, is not at all convinced of continuing his experience at San Siro knowing that Boban and likely Maldini will leave.

To stay, the paper adds, Ibra asks for guarantees. Without them, he will say goodbye again, just as he did eight years ago. What these assurances are is not mentioned, but it is more than likely the guarantee that the team want to be competitive again immediately and that he will be a key part of Rangnick’s plans from a playing point of view.