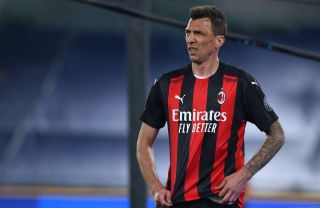 CorSera: Mandzukic deemed surplus to requirements as Maldini begins talks over his replacement

AC Milan have made the decision to shop for a new striker on the market with Mario Mandzukic’s fate now virtually sealed, a report claims.

According to il Corriere della Sera (via MilanLive), already knows that he has to pack his bags on 30 June and will have to evaluate other proposals, because the club do not intend to extend his contract. Meanwhile, Milan have already been working in recent weeks for a new, younger and more reliable striker .

The Rossoneri management have chosen the ideal alternative to Zlatan Ibrahimovic in view of the 2021-22 season and his name is a familiar one: Dusan Vlahovic. The 21-year-old is having a fantastic season at Fiorentina having netted 21 league goals with the vast majority of them coming in 2021.

Indeed, Vlahovic seems to have heavily entered the thoughts of Paolo Maldini who has begun to negotiate with his colleagues at Fiorentina to evaluate the investment, but the problem is his current €60m asking price is considered unaffordable.