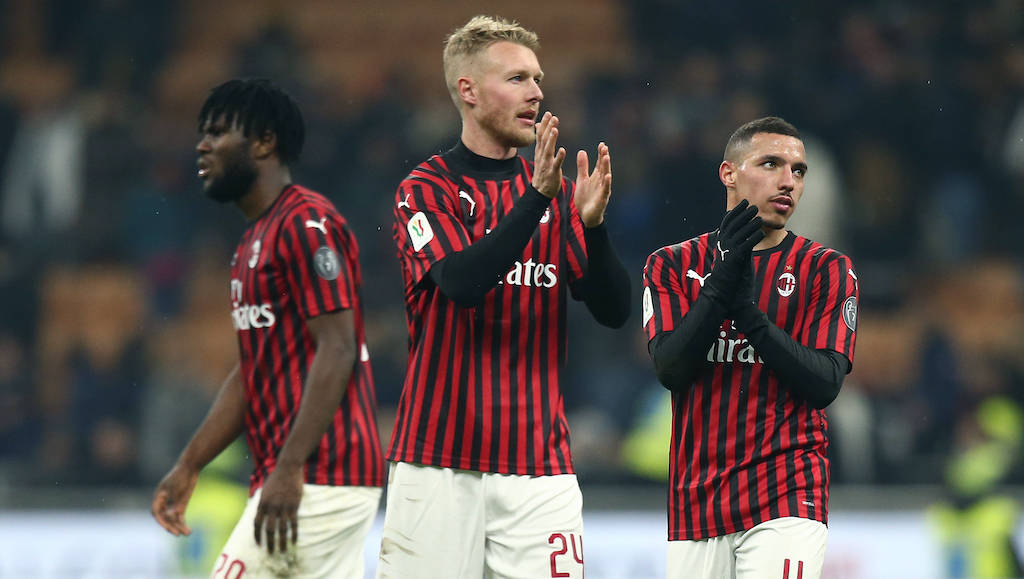 CorSera: Milan and Gazidis to pass on bargain deal as Kjaer gets ready for farewell

Milan will bid farewell to the excellent Simon Kjaer at the end of the season. Despite having the opportunity to sign him on a permanent basis, especially after the recent success, the Rossoneri have decided not to keep him.

As reported by today’s edition of Corriere Della Sera (via MilanNews.it), there has been a lot of talk about Zlatan Ibrahimovic’s departure at the end of the season, but the Swede isn’t the only player that will greet the Rossoneri.

The likes of Lucas Biglia, Giacomo Bonaventura and Simon Kjaer will also leave. Milan have the opportunity to buy the latter for €3.5m, as was agreed when they brought him in on loan from Sevilla in January.

Considering how well he has played, especially since the league was resumed, it would be a shame not to sign him for that price. The newspaper, though, states that CEO Ivan Gazidis has already made his decision.

READ MORE: Milan prepare for meetings with powerhouse agents – the names on the agenda