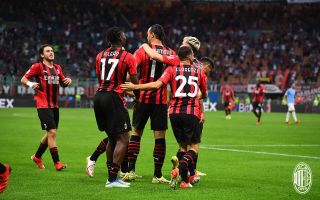 CorSera: Milan brush Lazio aside with performance full of ‘fury, rhythm and pressure’

AC Milan passed their first big test of the season as they beat Lazio 2-0 with a convincing display at San Siro last night.

As il Corriere della Sera (via MilanNews) writes this morning, it was a great performance by Stefano Pioli’s team who showed off all of their abilities and dominated from the first to the last minute. The season has therefore begun with three wins out of three, a nice run that gives even more enthusiasm ahead of the game in the Champions League against Liverpool and the match on Sunday away at Juventus.

The paper writes that it was a performance full of ‘fury, rhythm and pressure’ that did not let Maurizio Sarri’s side get anything going, despite the fact they had won their first two games scoring nine in the process.

The Diavolo could have probably closed the game at the end of the first half with Kessie’s penalty after Rafael Leao had scored the opener, but Zlatan Ibrahimovic did what he does best: arriving in the right place to kill the game. Milan are joint-top, and deservedly so.

READ MORE: Pioli assesses Milan’s ‘margins for improvement’ and the ‘concept’ of their game