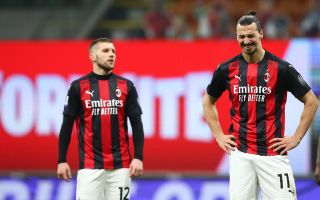 Milan failed to deliver last night, not just in a few situations, but in all parts of the game. The only consolation is that fact that Inter only drew vs. Udinese, meaning the Rossoneri are still top of the league standings.

As highlighted by today’s edition of Corriere Della Sera (via MilanNews), the rest is to be forgotten. Milan were unrecognizable and will quickly have to recover from the loss in order to keep their spot at the top.

And this is easier said than done, especially considering that the next game is against Inter in the Coppa Italia, which now is even more significant. Last night, the Rossoneri’s machine jammed: from the defence to the Meite move, nothing worked.

Atalanta are a curse for Milan, who will now have to worry about finding their groove again. The second defeat in the last four Serie A games (and for the first time, after 38 games, without scoring) could be a worrying sign after months of success.

The players are aware of this and have already shown that they can raise their heads. Bouncing back as early as possible will be crucial, with three relatively easy games coming up in the league.