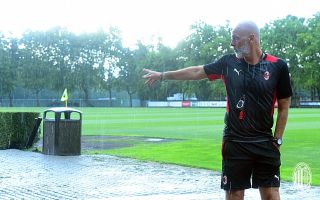 AC Milan have found themselves with yet another long injury list as their fitness woes continue after a torrid post-lockdown period.

This morning’s edition of il Corriere della Sera (via MilanNews) writes this morning that head coach Stefano Pioli has tried to juggle the many selection issues that he has faced but the latest double blow of Theo Hernandez’s Covid positivity and Mike Maignan being out for 10 weeks plus after wrist surgery is tough to stomach.

The full-back contracted the virus after the Nations League and the vaccine protects him from any serious symptoms, but Milan will have to give him up at least for the next two or three games, while Maldini and Massara immediately signed free agent Antonio Mirante to plug the gap left by Maignan’s long pause.

Milan have shown that their strength is battling through adversity, but some good luck would certainly not hurt. The core of Tonali to Rebic, passing through Leao and Diaz, with Tomori, Kjaer, Calabria, Bennacer, Saelemaekers and Romagnoli remains in place.

READ MORE: Milan have decided on goalkeeping hierarchies but they ‘can change over time’