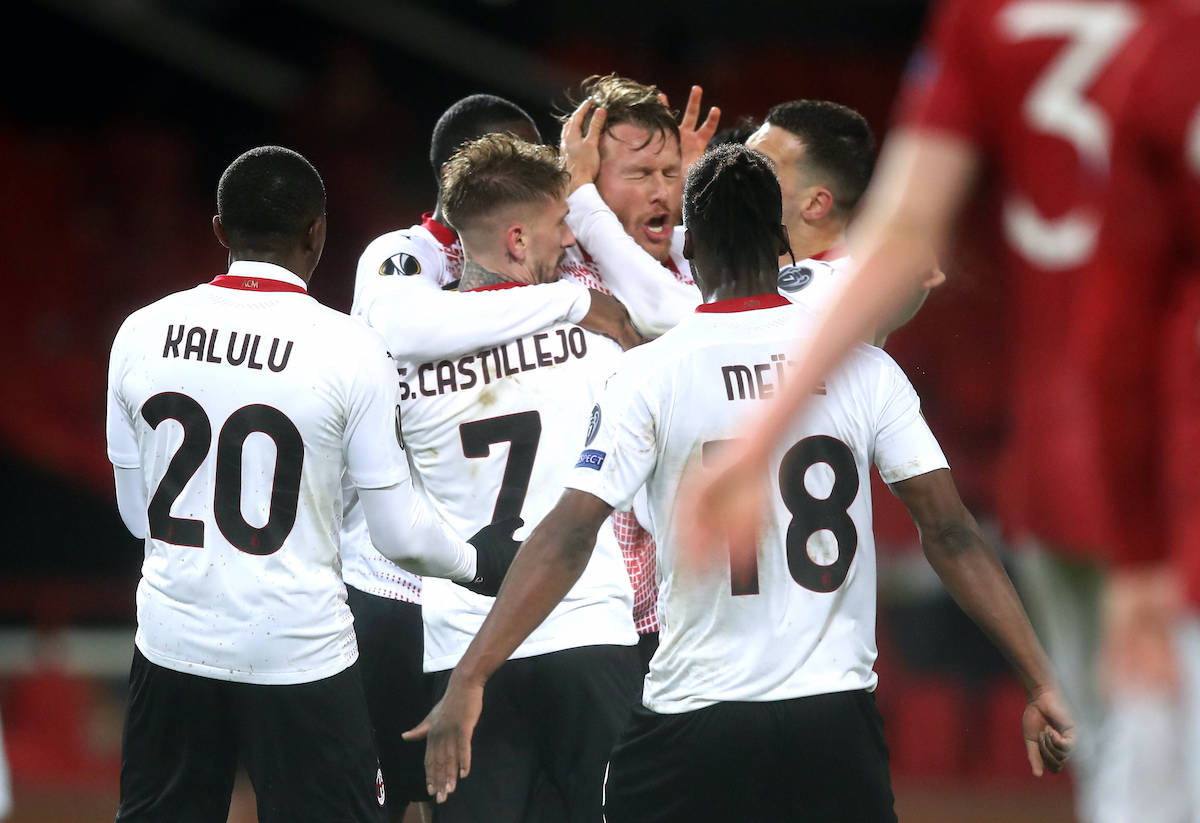 CorSera: Milan earns a well-deserved draw vs. Man Utd – qualification up in the air

If AC Milan had lost on Thursday evening against Manchester United against Old Trafford, it would have certainly been a harsh result.

As this morning’s edition of il Corriere della Sera writes (via MilanNews), a defeat would have been a really bad joke given the excellent performance that Milan offered, to the extent that the goal Kjaer scored in the 92nd minute was actually a very well-deserved equaliser and even the English press agreed.

Kjaer scored his first goal for the Rossoneri in the process, and like a lot of the players he – despite the many absences – took the field against Manchester United with great courage and without any fear.

If anything, Pioli’s team should have won as they had several chances and a goal from Kessie disallowed for a handball by the Ivorian after VAR took a look at it, but there are no clear images showing a touch of the hand from the Milan midfielder. The absence of Ibrahimovic was felt, because the Rossoneri were missing something in the final third despite the fact they created several opportunities.

Qualification for the quarter-finals of the Europa League is therefore absolutely still open, everything will be decided next Thursday at San Siro when Pioli hopes to recover some injuries. In a week, even a 0-0 could be enough, but the Diavolo must absolutely not be satisfied and must fight hard again.