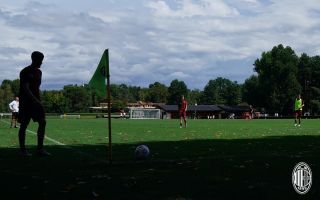 There is no let-up for AC Milan after last night’s defeat against Porto as they face a very difficult 18-day stretch, a report has highlighted.

This morning’s edition of il Corriere della Sera (via MilanNews) writes how Milan are now facing ’18 days of fire’. After the matches against Bologna and Torino in Serie A which are on Saturday and next Tuesday respectively, a very tough trio of games awaits.

First of all there is Roma away on Sunday 31 October, then Porto at home in the Champions League the following Tuesday and finally the ‘home’ derby against Inter on 7 November.

Stefano Pioli hopes to recover some unavailable players between now and that tough trio of games given that the recent injury crisis has really hurt the depth available to him. Last night against Porto Milan seemed to suffered from the absences of Theo Hernandez, Maignan, Diaz, Rebic and Kessie, unable to find their usual tempo and rhythm.