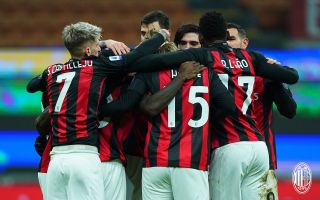 CorSera: Milan get back on track immediately – the team does not lose its identity

Milan did what they had to do to prove they have the makings of a top team as they beat Torino 2-0 at San Siro on Sunday night.

As il Corriere della Sera reports this morning (via MilanNews), the great teams immediately but bad nights to the back of their minds and continue as if nothing happened. After having tasted defeat against rivals Juventus, Milan got back on track a few days later, essentially winning the game against Torino inside 45 minutes.

The loss against Juventus did not leave its mark and head coach Stefano Pioli sent a team out that got the job done in convincing fashion despite once again battling selection issues. Milan played as a team, taking advantage of their dribbling and pace, and making it 16 out of 17 games this season with at least two goals scored.

A very young Rossoneri side, led by a sumptuous Kjaer, have shown the usual desire to win. Now there is a ‘rematch’ of sorts in the Coppa Italia in midweek against Torino, but everyone is already thinking about the next league match in Cagliari.