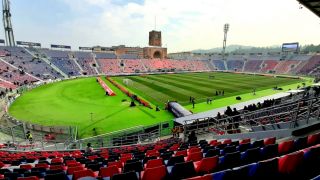 CorSera: Milan have a big opportunity in Bologna but must face it with selection issues

AC Milan are battling yet another selection crisis ahead of tonight’s game against Bologna, but they must keep up their good form in the league.

As il Corriere della Sera (via MilanNews) reports, Milan have a big opportunity ahead of them as they would rise to the top of the standings with a win against Bologna, bypassing Napoli for at least one night and with the possibility of staying there given that they play Roma.

The Rossoneri are hoping for a dream weekend and most importantly to put Tuesday’s defeat against Porto behind them. After tonight’s game, Torino will arrive at San Siro on Tuesday, then the level will raise with Roma, Porto and Inter next on the agenda.

In tonight’s game against Bologna Pioli will reach 100 games as Milan boss and the coach hopes to celebrate with a win, while he can rely on Zlatan Ibrahimovic and Oliver Giroud who are both back from the injuries.