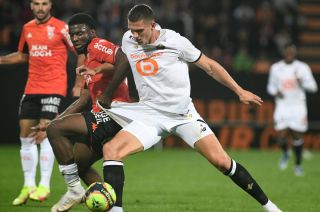 CorSera: Milan pushing for loan with €28m option in talks over Botman

Sven Botman is AC Milan’s big priority for the transfer market, as Simon Kjaer is out injured, and they are ready to make a significant investment. However, it remains difficult to convince Lille.

According to today’s edition of Corriere Della Sera (via MilanNews), Paolo Maldini and Ricky Massara are working hard to get Lille to agree to a loan formula. Their idea is a six-month loan with an option to buy at €25-28m.

Given that Milan aren’t the only side interested, it will probably be tough to convince Lille to accept this formula. Their relations with the French side are excellent, though, as evidenced by the Rafael Leao and Mike Maignan deals.

Gazzetta Dello Sport, on the other hand, reported this morning (via MilanNews) that Elliott Management have given the green light for an outright purchase this month. This could be decisive to get Botman’s signature before the window closes.