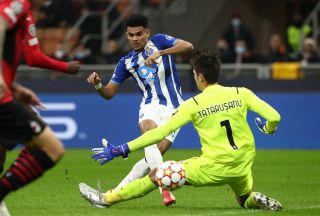 CorSera: Milan not yet Champions League level after wasting another chance against Porto

AC Milan went into last night’s game against Porto needing a win to keep their faint Champions League hopes alive but were made to settle for a 1-1 draw.

This morning’s edition of il Corriere della Sera (via MilanNews) points out that what we are seeing is a Milan team that is not yet at the Champions League level, as the game against Porto went badly from most points of view just as the reverse fixture in Portugal did too. Yesterday’s disappointing draw did come against an experienced opponent and one with quality, but they are far from unbeatable and the game served as yet another confirmation of the Rossoneri’s shortcomings in Europe.

One point from four games is not enough to qualify and the team have been showing their inexperience. The two games against Porto after the two defeats to open the group stage campaign were a real opportunity, but in both games there was a lack of organisation and Milan were perhaps lucky not to lose both.

Luis Diaz’s goal was preceded by an obvious foul on Bennacer as per the paper, but this is the Champions League where fouls are not just handed out and playing until the whistle is imperative, because after all the smallest mistakes will be punished.