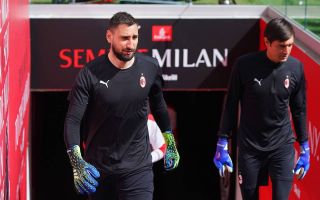 AC Milan are set to send their best and final offer to Mino Raiola for the renewal of Gianluigi Donnarumma, according to a report.

The soap opera has been dragging on for some time now, and il Corriere della Sera (via MilanLive) writes that Milan are ready to launch the last and definitive offer to Donnarumma. It is not quite an ultimatum, but the club are unlikely to go up from the latest proposal.

The Rossoneri will put on the table a two-year contract (until 2023) of €7m net per season plus €1m in easily reachable bonuses, therefore a total of €16m net over the two years, which would be a pay rise from the current €6m net per season.

Milan will point to the fact that no European club are seriously interested in giving Donnarumma a huge contract. Clearly signing such a talented played on a free transfer is tempting to many, but with the current international economic crisis no club can afford the €10-12m per season Raiola demands.

In addition, there is no release clause in Milan’s final offer, as previously proposed by Raiola. The Rossoneri are aiming for a short-term contract and they will then try to negotiate a further long-range renewal more calmly.