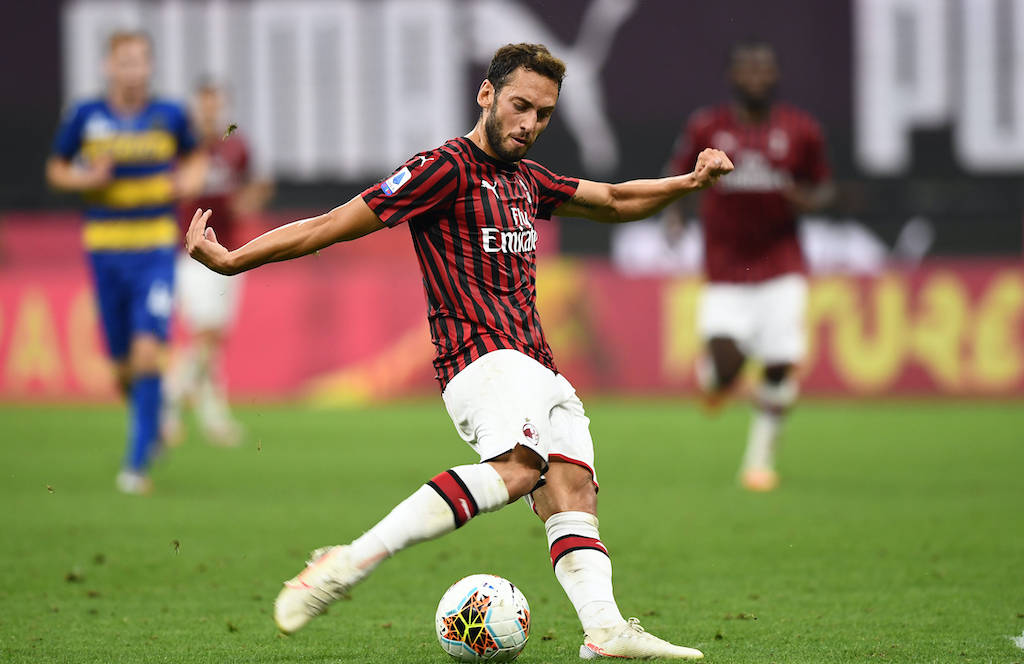 CorSera: Milan set a limit in Calhanoglu renewal talks – an effort is required from the player’s side

AC Milan have been forced to set a limit that they are willing to go to in terms of salary for Hakan Calhanoglu’s renewal, a report claims.

Paolo Maldini revealed before the match against Genoa that there is the intention to reach an agreement after talks on Wednesday, while positive words came from Stipic as well, but a meeting point must be found economically to put to bed this long-running saga.

According to il Corriere della Sera (via MilanLive), Calhanoglu’s side are still asking for €5m net per season to renew with Milan but the management however do not intend to go beyond €3.5-4m per year for the renewal of the former Leverkusen man.

The player currently earns a salary of €2.5m per season, so an increase of €1-1.5m is considered reasonable by the club, especially given the club are operating at vastly reduced revenues due to the COVID-19 pandemic.

Although the parties are still a bit distant, there is confidence that an agreement will be reached in the coming weeks. Milan are doing their part, it’s up to Stipic and Calhanoglu to lower economic demands.