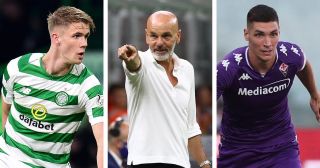 CorSera: Milan to make one final push for €40m man before defining €15m deal with Celtic

According to a report from il Corriere della Sera (via MilanNews), the priority between now and the end of the window is a centre-back that can rotate with Romagnoli and Kjaer. Milenkovic remains the profile at the top of the list but at the moment Fiorentina’s requests are deemed too high.

That is why Maldini will try to unblock the Ajer deal with Celtic early next week, as the newspaper claims that the SPL side have accepted the idea of selling the player on loan with an option to buy at €15m.

However, before defining the operation, the Milan management want to make a new attempt for Milenkovic. As mentioned, Fiorentina do not seem willing to lower their requests of €40m for the 22-year-old, while their president is aiming to renew him, but the player’s will could make a big difference.