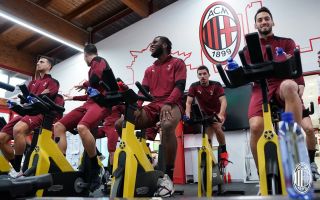 CorSera: Milan vs. Juventus a battle of contrasting styles – the Rossoneri approach with calmness

AC Milan face yet another huge game in the fabric of their season when they welcome Juventus to the San Siro tomorrow night.

As il Corriere della Sera reports (via MilanNews), it will be a battle of contrasting styles between a Juve side dependent on Cristiano Ronaldo and an unscrupulous Milan, no longer as reliant on their star striker Zlatan Ibrahimovic.

The paper adds that Stefano Pioli’s team knows how to win without the Swede, as with Ibra on the field the average points is very high (2.33), but without him it is even higher (2.55).

This doesn’t mean to say that Milan are worse with Zlatan, in fact it is more the opposite as it is always better to have a champion like him on the field especially in big games against rivals, but now it is indisputable that the Rossoneri are coping without their leader.

Thanks to Pioli and the contribution of Ibra himself, but also thanks to a group that has matured with harmony and enthusiasm, Milan’s well-oiled machine keeps rolling.

The approach to the crossroads challenge against Juventus is taking place in complete calm despite the injury problems and selection issues, especially in midfield. Pioli trusts his team and looks with optimism to tomorrow’s game.