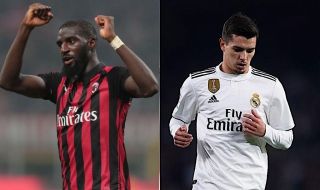 AC Milan are looking to follow the signings of Zlatan Ibrahimovic and Sandro Tonali with two more pieces for the midfield, a report claims.

According to Tuesday’s edition of il Corriere della Sera (via MilanNews), Tonali can already consider himself a new Rossoneri player and will undergo medical examinations on Thursday, but Milan intend to secure at least a couple more signings in the next few days.

Paolo Maldini and Ricky Massara are working to sign another midfielder and a wild card for the attack in Tiemoue Bakayoko and Brahim Diaz.

For Brahim the deal is in the final stages. Los Blancos do not want to lose control over the player, but are willing to let him go on loan. The Bakayoko deal is also in the pipeline, and the player has agreed to reduce his salary to €3million, while the figure for the option to buy remains to be defined with Chelsea.

The Milan management are counting on having both Brahim Diaz and Bakayoko available for September 17, the day of the Europa League second round qualifier against Shamrock Rovers.