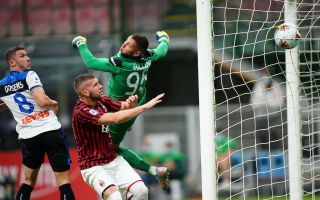 CorSera: Milan want to avenge humiliation against Atalanta and win the ‘Winter Scudetto’

AC Milan face another big test at San Siro this evening when they host Lombardy neighbours Atalanta looking to stay in top spot.

According to the latest from il Corriere della Sera (via MilanNews), it will be another good challenge for a team that continues to prove doubters wrong and remain ahead of all the others.

We are almost at the half way point of the season, and no longer at the beginning, while for the Rossoneri one point will be enough to close the first round in first place.

The paper notes how it hasn’t happened to Milan for ten years, and that season they ended up winning the title in May. Pioli believes in it, as do the team, the club and the fans. The goal remains a return to the Champions League, but the truth is that management and owners want to try.

In the transfer market the club have moved to address some gaps in the squad and make it more competitive like Inter and Juventus.

The Rossoneri will have to contend with Gasperini’s Atalanta, a team always difficult to face and unbeaten at San Siro since 2014. The 5-0 in December 2019 is now a distant and unpleasant memory, but the desire to avenge that humiliation has not passed.