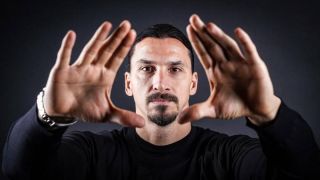 As was announced a couple of months ago, Zlatan Ibrahimovic will be a guest at the annual Sanremo Music Festival, which takes place from March 2-6. Of course, he will need a special schedule to fulfil his Milan duties.

According to Corriere Della Sera, as cited by MilanNews, the agreement with Rai means Ibrahimovic will be present all days. However, Milan will face Udinese on March 3 at 20:45, so that day he will most likely be present via a video call.

For the rest of the days, he will not go back and forth but instead stay with a personal trainer. The final schedule will be drawn up after the derby and Paolo Maldini as well as Stefano Pioli will be part of the decision-making.

The duo isn’t worried about the situation and they will surely be able to find a solution with Ibrahimovic. As we all know, the Swede would never compromise his efforts on the football pitch.

READ MORE: Leao confirms he rejected a move to Inter: “My choice was always Milan”