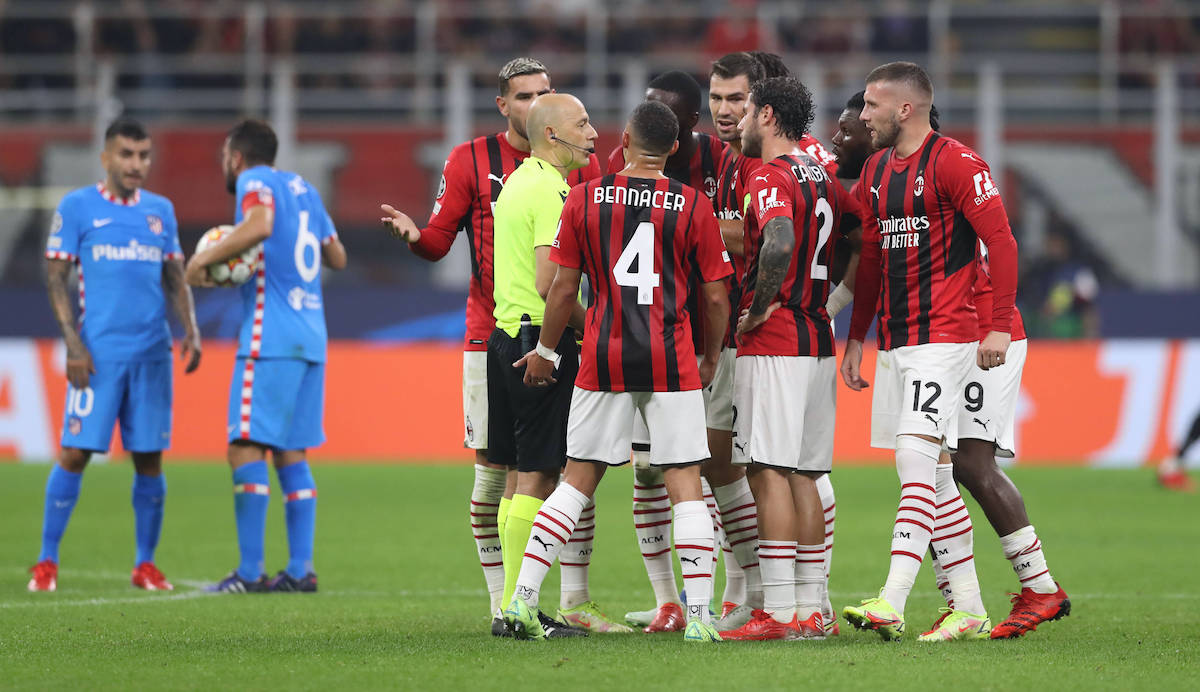 CorSera: Milan’s Champions League party turns to anger and a night of regrets

This morning’s edition of il Corriere della Sera (via MilanNews) writes that last night had a party feel at San Siro for Milan’s home return to the Champions League but the excitement turned into a great disappointment at the end of the game, as Atletico Madrid won it late on.

The LaLiga champions secured three points via a non-existent penalty given by the Turkish referee Cakir, whose mistakes against the Rossoneri clearly determined the outcome of the game and adds to the feeling of regret that the players have.

Milan dominated the game and got a much deserved lead through Rafael Leao, but the game became complicated after Kessie received a second yellow card and was sent off, forcing the team to play exclusively to defend the lead.

Despite the disadvantage, Milan did not give Simeone’s team many chances despite the fact they threw all their attacking players on, and then Los Colchioneros’ winning goal came thanks to a non-existent penalty. Cakir in fact punished a handball from Kalulu, but from the replays you can see clearly as it was before Lemar to touch the ball with his hand. Inexplicably, the VAR did not intervene so Milan remain at zero points.