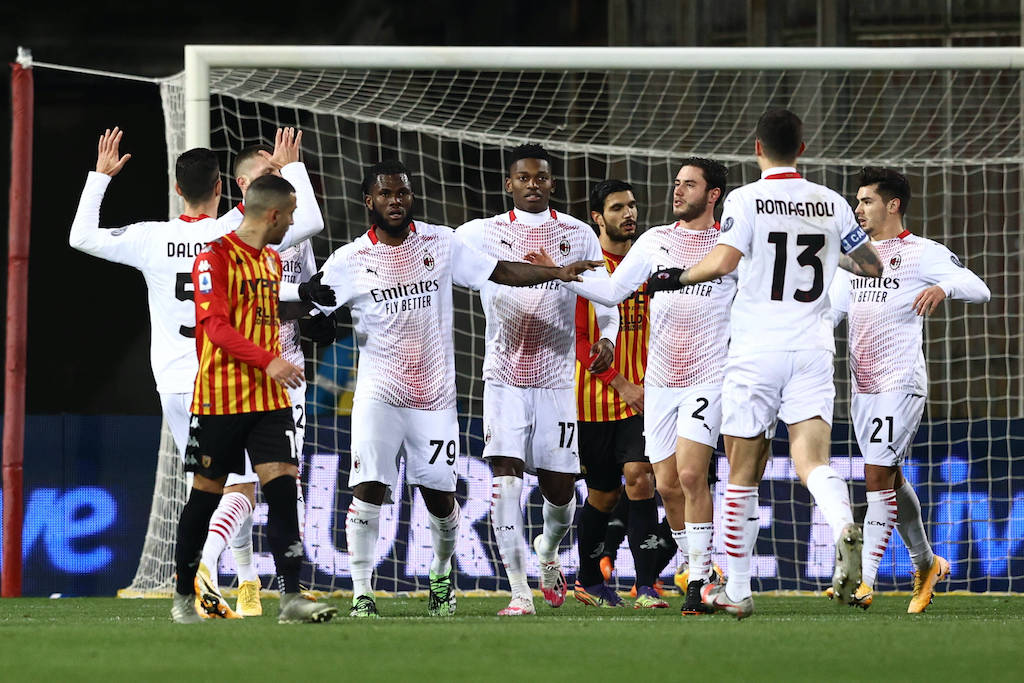 AC Milan managed to start 2021 in the same way they finished 2020: by winning. The Rossoneri had to fight hard in Benevento, but they got the job done.

As il Corriere della Sera reports (via MilanNews), the Rossoneri ran out victorious thanks to a penalty from Kessie and a wonderful chip by Leao. With these three points, Stefano Pioli’s men remain first in the standings a point ahead of Inter.

It was not an easy match, especially due to the red card awarded to Tonali which forced Milan to play 10 players for an hour. Despite that, the team once again their technical and above all moral qualities, as despite the normal difficulties due to numerical inferiority and the the many absences they took home three points.

Yesterday Milan were without Ibrahimovic, Bennacer, Gabbia, Hernandez and Saelemaekers, and it is undeniable that until a year ago Milan would have collapsed in a match like this.

There is not much time to enjoy the win though as on Wednesday Pioli’s team will be greeted by a very important test against Juventus. Pioli declared yesterday after the victory against Benevento that it is not a decisive match, but he knows that another positive result would allow his boys to acquire even more self esteem.