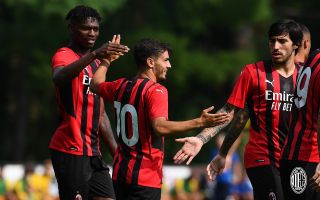 Milan secured their second win of the pre-season yesterday as they put five goals past Modena. Another important sign for Stefano Pioli, who wants the team to be completely ready for the season opener.

As highlighted by today’s edition of Corriere Della Sera (via MilanNews), the start has been promising for the Rossoneri. The opponents faced thus far (Pro Sesto and Modena) haven’t been fantastic, but the positive signs are undeniable.

Milan will also take on the likes of Nice, Real Madrid, Valencia and Panathinaikos this pre-season, so a good start is positive no matter the opponents. Above all, it has been an opportunity for Stefano Pioli to field a lot of players.

Hopefully, they will be able to build on these two wins and continue to convince in the next few games as well. And for the upcoming games, there will be some more players at Pioli’s disposal, returning from the Euros vacation.