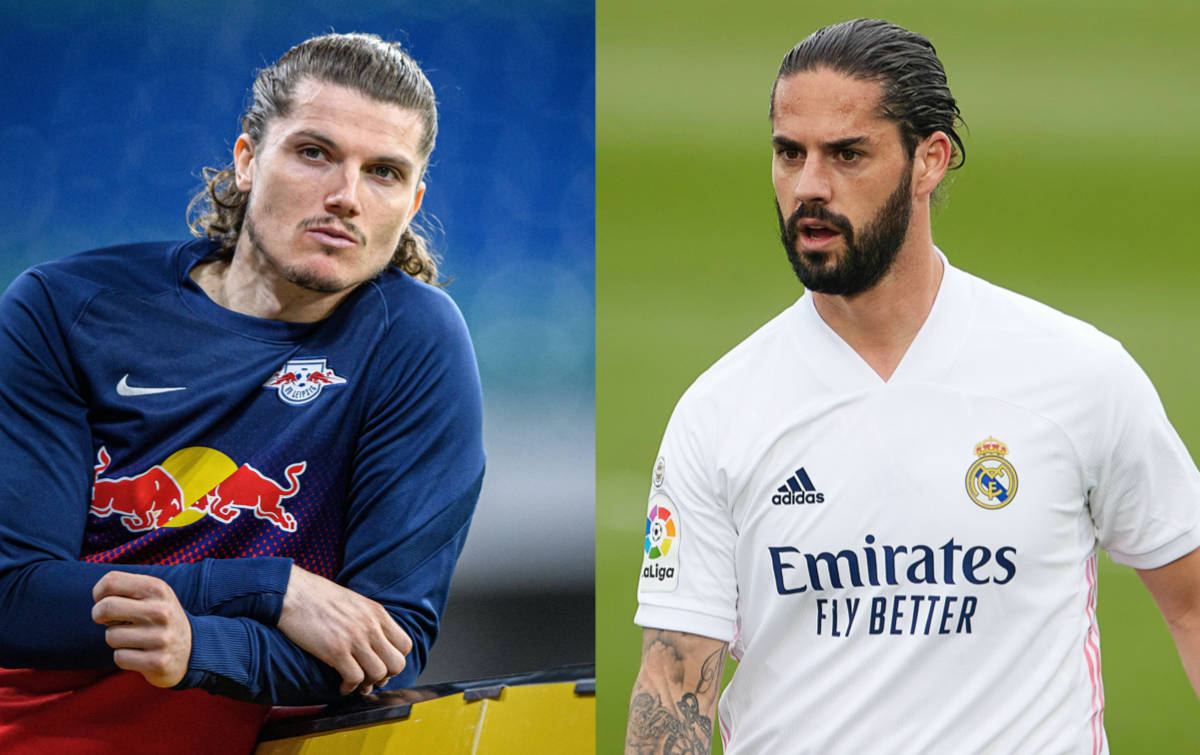 AC Milan have two priority targets to replace Hakan Calhanoglu, a report claims, plus two other options in case either fail to materialise.

This morning’s edition of il Corriere della Sera (via MilanNews) writes that after Calhanoglu’s farewell, Milan have been looking for a new attacking midfielder for several weeks. The hottest names are Isco of Real Madrid and Marcel Sabitzer of RB Leipzig.

The former however wants a salary of €9m net per season which is too much for the Rossoneri management to consider, but Sabitzer of Leipzig could leave for around €18m given he only has one year left on his current contract.

In addition to the aforementioned duo, the profiles of Hakim Ziyech of Chelsea and Mikkel Damsgaard of Sampdoria remain in the sights of Maldini and Massara, with the search for a new No.10 well underway. Given that preseason started yesterday, the sooner the issue is resolved the better.

READ MORE: Calabria delighted after securing renewal – “I will continue to fight for this shirt”