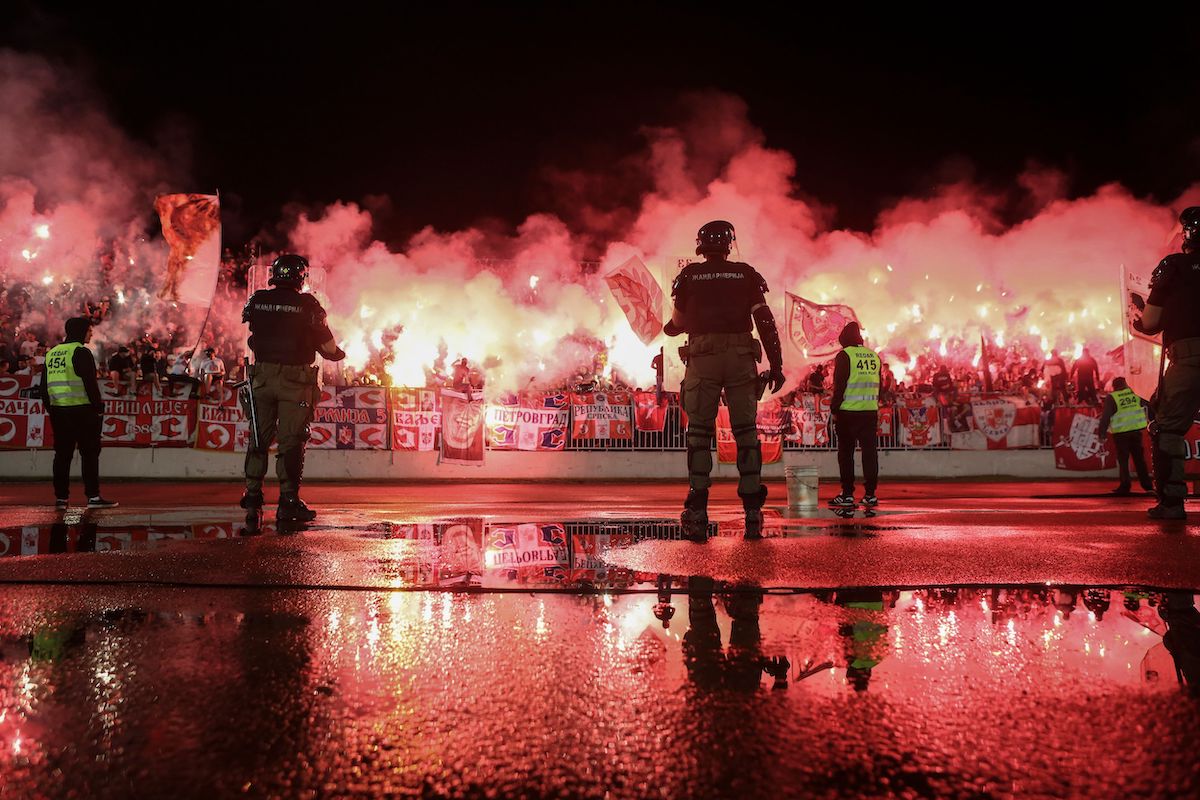 CorSera: Red Star ask for fans to be allowed in for Milan tie – 30% of capacity requested

Red Star could be given somewhat of an advantage if their request ahead of Thursday night’s game is granted, a report claims.

The Rossoneri will travel to Belgrade looking to right the wrongs of Saturday night’s defeat against Spezia in Serie A and put themselves on course to progress into the Europa League Round of 16 with a positive result in the Serbian capital.

The draw is not exactly straightforward given how dominant Red Star have been domestically this season, but there was no doubt a sigh of relief when Milan realised that they wouldn’t be playing in front of the famous Marakana atmosphere, or so they thought.

According to il Corriere della Sera (via MilanNews), the Serbian club coached by Inter legend Dejan Stankovic have asked the relevant authorities to allow fans to attend. Not only that, but they have asked for 30% attendance to be allowed in, which would be around 17-18,000.