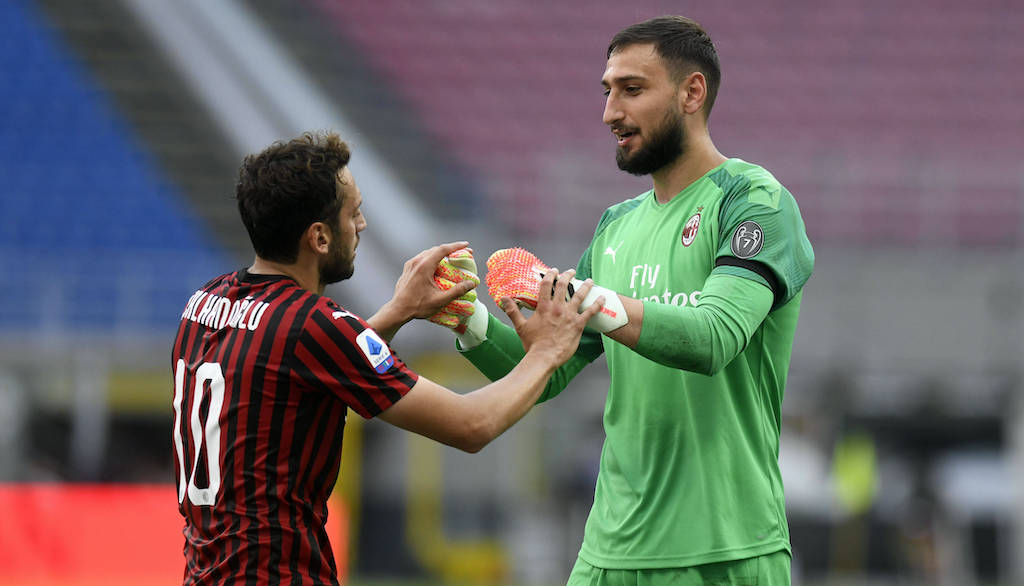 CorSera: Renewal sagas have effected key duo, the Milan squad and the club as a whole

There seems to be a feeling at Milan that the ongoing renewal sagas surrounding Gianluigi Donnarumma and Hakan Calhanoglu has had a negative impact on the team.

As il Corriere della Sera writes (via MilanNews), there must certainly be questions asked when it comes to the renewals of Gigio Donnarumma and Hakan Calhanoglu, which have not yet arrived with nothing to suggest that a signature is imminent.

The issues have continued to take up space in the newspapers even when the team were doing well, but the collapse in 2021 and the passage of time is not helping the sentiment. The push and pull between the management and the entourage of both the goalkeeper and the Turk is hurting everyone.

It is effecting them, the team and the whole environment as per the newspaper, so a conclusion could be sought soon with five finals to come between now and the end of the season.