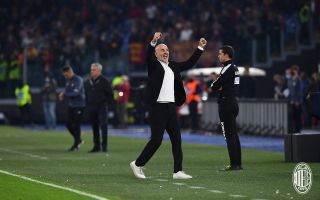 CorSera: The ‘deluxe’ Milan returns as another test of maturity is passed

The game against Torino at San Siro in midweek showed that AC Milan are able to win ugly when needed, but against Roma last night the best version of the Rossoneri returned.

This morning’s edition of il Corriere della Sera (via MilanNews) writes that the ‘deluxe’ Milan were on show again at the Stadio Olimpico as a number of key players stepped up with decisive performances including the experienced duo of Zlatan Ibrahimovic and Simon Kjaer.

Milan managed to win against Roma after Napoli only managed a draw in the same game, therefore passing another test of maturity. Up until 65 minutes when the game was 11 versus 11, Milan were clearly the better side as we saw Ibrahimovic look more and more in rhythm.

Indeed the Rossoneri dominated the match until Theo Hernandez was sent off, so Stefano Pioli can therefore celebrate a very big victory and remarkably the Diavolo already sit 12 points ahead of fifth place.

READ MORE: Roma fans made a big mistake by winding Ibrahimovic up – the Swede decisive again