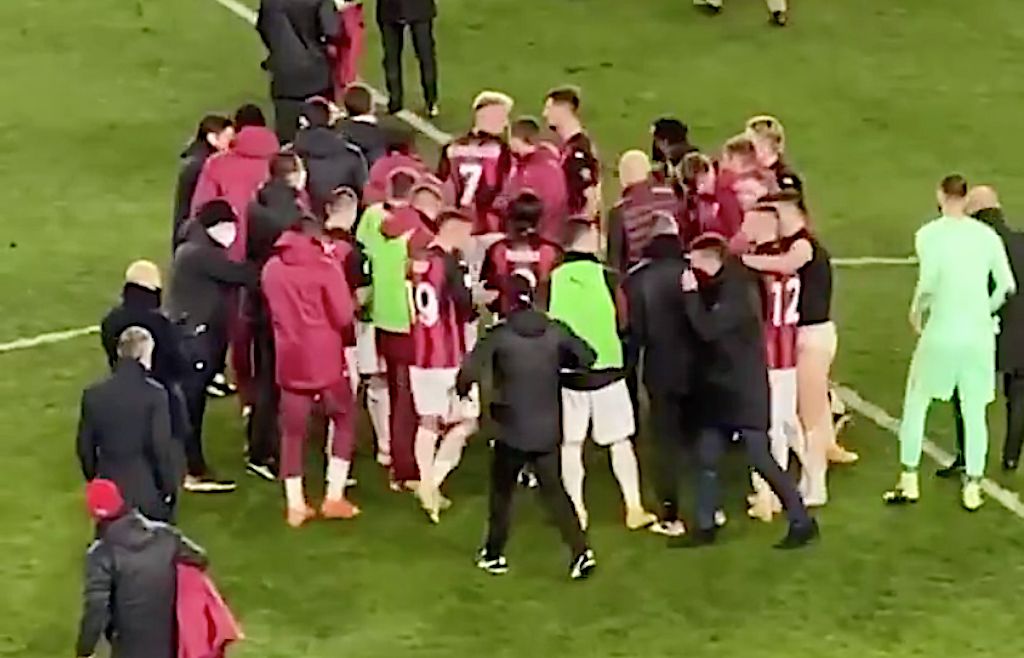 CorSera: What exactly Pioli said to the team during rousing speech after the win vs. Sampdoria

It has finally emerged what head coach Stefano Pioli said in the huddle at the end of Sunday’s game against Sampdoria at the Marassi.

Pioli took charge of his 50th game as Milan boss at the Marassi on Sunday night and racked up his 30th win in the process as his side saw off the hosts 2-1, thanks to goals from Franck Kessie (penalty) and Samu Castillejo.

A great moment was captured after the full-time whistle at the as the Milan team and staff had a post-game huddle, involving Stefano Pioli and Paolo Maldini too.

According to what is reported by il Corriere della Sera (via MilanLive), the words that Pioli uttered to the group have now emerged.

“We are a great group, it is our real strength, this is what allows us to be stronger than difficulties, absences, everything. We can go far, guys, you just need to want it,” he said.

The unity and strength of this team clearly has a huge bearing on the recent success and this was seen on Monday too, when – despite the rest day granted by Pioli – almost everyone was at Milanello yesterday to train.