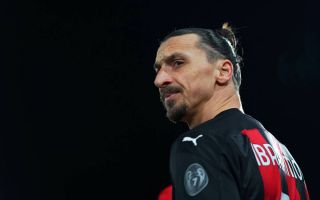 CorSera: What Ibrahimovic told his team-mates while inspecting the Marakana field

Although the rest of the Milan squad might be happy about playing in front of no Red Star fans, Zlatan Ibrahimovic does not share those sentiments.

Il Corriere della Sera (via MilanNews) reported that Red Star asked the relevant authorities to allow fans to attend. Not only that, but they have asked for 30% attendance to be allowed in, which would be around 15,000. However, the Serbian league leaders have had their request rejected and therefore the Europa League challenge will be played regularly behind closed doors.

According to il Corriere della Sera (via MilanNews), Ibrahimovic – during yesterday’s inspection of the field after arriving in Belgrade – looked up at the empty stands of the immense Marakana and said something striking to those close to him.

The paper writes that he saide: “It’s a pity they won’t let the fans in, it would have been a crazy game”. It is yet another demonstration that Ibra is Ibra, and rather than hiding away from what would have been a tough and daunting challenge, he wanted to tackle it head on.