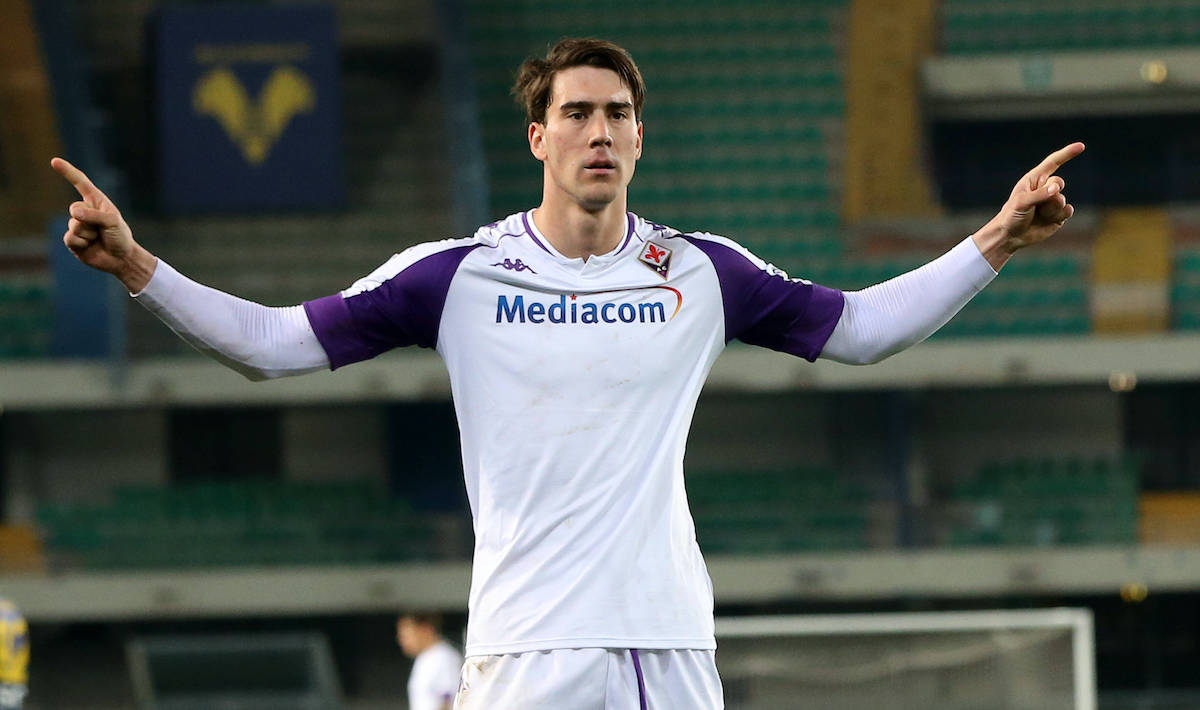 AC Milan will have to overcome some very tough competition in order to land Fiorentina star Dusan Vlahovic, a report claims.

It is now no secret that Milan are in the market for a new striker to compliment Zlatan Ibrahimovic – who recently signed a new one-year extension – and Vlahovic’s name is one that is being increasingly linked. He has 19 goals in the current Serie A season and added to his impressive tally during Sunday’s game against Bologna, which has earned him some admirers.

According to the latest from il Corriere dello Sport (via Calcioemercato.com), everyone wants Dusan Vlahovic. Milan and Roma are the most interested clubs in Italy, but Real Madrid, Liverpool, Manchester United and Manchester City also want the Serbia international.

There is another hurdle too in the fact that the 21-year-old is valued at more than €60m by Fiorentina chief Rocco Commisso. Nonetheless, the agent of Vlahovic – Darko Ristic – is continuously at work on the phone.

READ MORE: Juventus-Milan not just worth three points as Donnarumma could be the prize