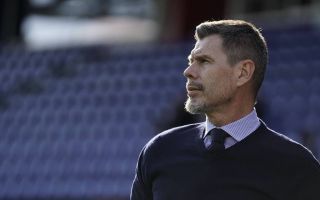 CorSport: Boban could return to Serie A but with Milan’s rivals – the latest

There is a possible return to Serie A on the cards for former AC Milan Chief Football Officer Zvonimir Boban, according to a report.

Boban was fired by CEO Ivan Gazidis back in March after an unauthorised interview released to La Gazzetta dello Sport in which the Croatian manager revealed that an agreement was in place with Ralf Rangnick.

La Repubblica reported back in July that the matter would be escalated to a civil trial in a Milan courtroom after no reconciliations were found, but the same outlet then claimed that tensions have cooled and that the former FIFA board member could even return to Milan.

According to what is being reported by il Corriere dello Sport (via MilanLive), Boban has had contact from a Serie A club, but not Milan. It is in fact Roma who are after a new team manager to be the link between those at board level and the squad, and they believe Boban to be the ideal fit.

Roma would like to focus on his experience, perhaps in tandem with another former Milan executive in Umberto Gandini.