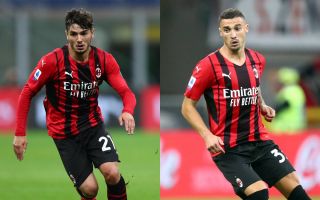 CorSport: Brahim’s starting spot in danger for Milan-Napoli as Pioli thinks of Krunic

Tomorrow evening, AC Milan will face Napoli at San Siro and they want to bounce back from two negative results. It won’t be easy, though, with several injuries and injured confidence.

Brahim Diaz is one of the players that have failed to perform as of late, having little impact on the games. In truth, the No.10 has struggled ever since he tested positive for Covid-19, as we have seen with many players.

Either way, as Corriere Dello Sport points out (via MilanNews), his starting spot for tomorrow is in danger and it’s possible that Stefano Pioli could start Rade Krunic instead. The Bosnian hasn’t been spectacular, but he has at least been consistent.

Gazzetta Dello Sport (see here) put the battle as a 60-40 in favour of Diaz, but it’s possible that this could change ahead of tomorrow. During Pioli’s presser, we will perhaps get to know more about it.