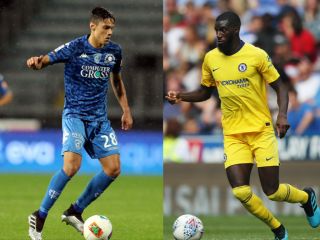 AC Milan currently have four names in mind as they look to give head coach Stefano Pioli two midfield reinforcements, according to a report.

After the final game of the season against Cagliari, Stefano Pioli insisted that the Rossoneri are in need of two players in each position, highlighting in particular the need for two new midfielders of starter-level quality to arrive.

According to Friday’s edition of il Corriere dello Sport (via MilanLive), there are four options for Milan regarding midfield reinforcements.

In Serie A, Matteo Pessina could return three years after leaving Milan for Atalanta as part of a deal to sign Andrea Conti. The Rossoneri have a 50% resale clause which means they could sign him for half the requested fee, but competition is large.

Empoli teenager Samuele Ricci also continues to impress. He is a talent who was actually observed by Ralf Rangnick, but even without the arrival of the German manager Milan are ready to step up their pursuit of one of Serie B’s brightest prospects.

Florentino Luis of Benfica is a name that could arrive in the event of an exchange with Lucas Paqueta, but at the moment the operation is far from concrete.

Finally, the idea of a return for Tiemoué Bakayoko has not gone away. The Frenchman would be happy to come back, but there are several obstacles to the negotiation: the cost of the transfer fee, the high salary of the player and the proposals coming from England and France.