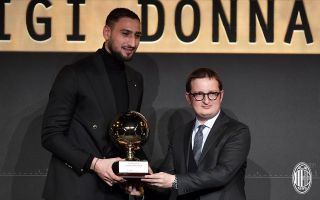 Chelsea have found themselves in pole position to land AC Milan goalkeeper Gianluigi Donnarumma in the upcoming transfer window, according to a report.

Tuttosport reported earlier on Monday that Chelsea are serious about landing the 21-year-old and are even ready to offer Kepa Arrizabalaga plus €60m in cash in order to get the deal done, plus a five-year deal worth a total of €40m to Donnarumma.

According to a report from il Corriere dello Sport on Monday (via Calciomercato.com), Chelsea are the club who are pushing the most the sign the Italy international and are in pole position as a result.

Frank Lampard has been forced to look into alternatives to Arrizabalaga having virtually given up on the Spaniard, and the paper adds that it is ‘unlikely’ that the agreement will be found between Milan and Donnarumma’s agent Mino Raiola.