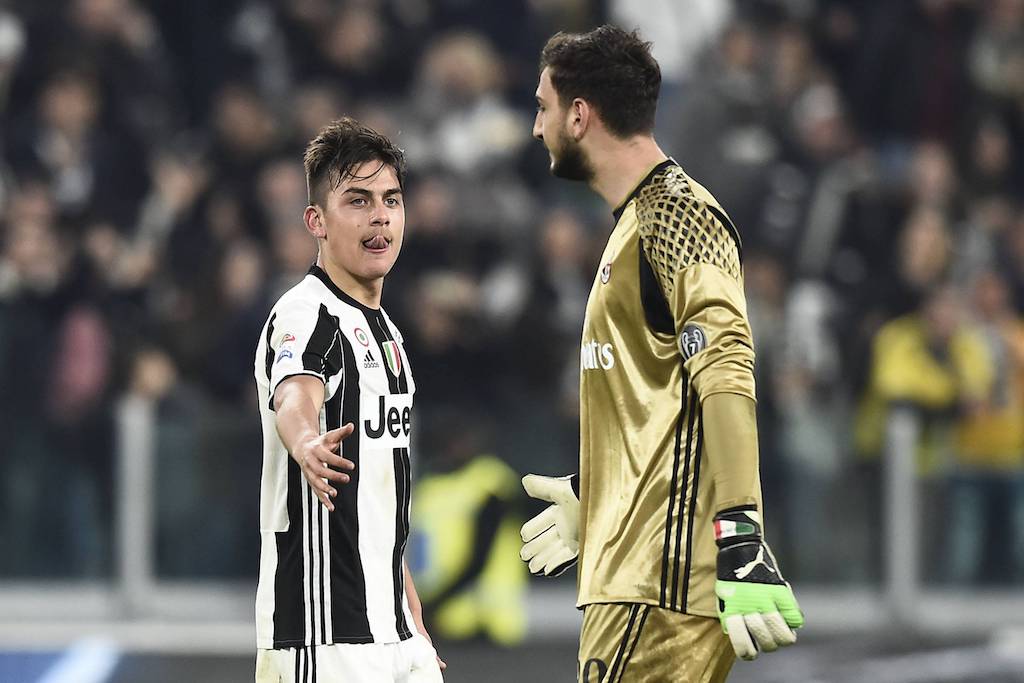 CorSport: Donnarumma vs. Dybala feud backstory dates to 2017 – “Now we are even”

Friday night’s Coppa Italia clash between Milan and Juventus will see two foes pitted against each other once again in Gianluigi Donnarumma and Paulo Dybala.

Monday’s edition of il Corriere dello Sport (via MilanLive) reveals a background between the pair that dates back to November 2017, after the Juventus-Milan game which ended with a thousand controversies.

That evening at the Allianz Stadium saw the Old Lady take all three points thanks to a penalty awarded in the last minute for a handball, one that upon replay seemed incredibly harsh and undid all of the Rossoneri’s excellent work.

About a year earlier in Doha, Milan had beaten Juve in the Super Cup final and with Gigio the protagonist on penalties, saving one from Dybala. Aside from that, the Argentine has netted five times against the 21-year-old, and all in Turin.

After the penalty in 2017, the paper claims that Dybala went into the Milan dressing room and looked for Gigio and told him “Now we are even,” in reference to avenging the penalty miss. The rivalry will be resumed on Friday.