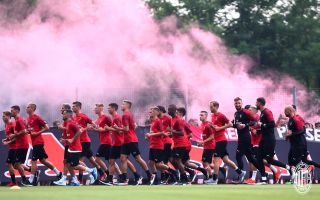 CorSport: Gazidis close to agreement with Milan squad regarding salary cuts – the latest

The AC Milan leadership are moving towards an agreement with the playing squad regarding a salary cut, according to a report.

The cut has been deemed a necessary solution given the losses of football clubs caused by the Coronavirus emergency and the ongoing suspension of the various leagues.

According to il Corriere dello Sport on Sunday (via MilanLive), the decisive negotiation should arrive during the next week even if Milanello were to remain closed.

The two parties are moving towards an agreement which should make everyone happy, with directors Paolo Maldini and Ricky Massara having already probed the ground with the members of the squad.

It will be CEO Ivan Gazidis who will deal with the cut of salaries for the months of inactivity, and the paper claims Milan’s agreement will be one which resembles that of Juventus, who agreed a cut of four months.

At Casa Milan however there is a common will: to start working collectively and to resume playing Serie A, not only for economic reasons.