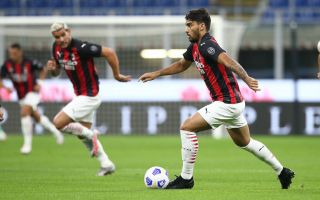 Two LaLiga clubs have expressed an interest in signing midfielder Lucas Paqueta from AC Milan before the window ends, a report claims.

It is seemingly no secret that Paqueta does not feature in the Rossoneri’s plans for the upcoming season, and several sources have reported that his exit could unlock the incoming market.

According to Monday’s edition of il Corriere dello Sport (via MilanNews), Paqueta has indeed been told that he’s allowed to leave Milan this summer.

The Brazilian is liked by Lyon who, however, have not yet come forward with a bid of €22-23m, which is the amount Milan would request in order to avoid a loss on the balance sheets.

However, the paper adds that Paqueta is also attracting the interest of two Spanish clubs, with Real Betis and Valencia the latest interested parties.

Paqueta has amassed just one goal and three assists in 44 appearances for Milan since his big-money arrival from Flamengo.