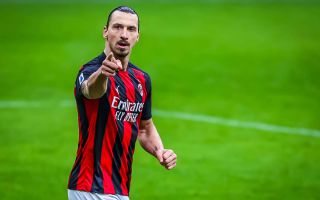 CorSera: Ibrahimovic and his unfinished business vs. Inter – will be key for Milan

Zlatan Ibrahimovic has been one of the protagonists for Milan this season and with the derby coming up, he will be out for revenge. As we all know, he got sent off in the last meeting with the Nerazzurri.

It will be the biggest Derby Della Madonnina in many years and the Swede lives for this kind of games, always fueled by challenges. As highlighted by Corriere Dello Sera (via MilanNews), being able to leapfrog Inter has made the clash even more exciting.

The risk of being four points behind Inter must be taken into consideration, as it would be a huge blow to their confidence. Ibrahimovic, though, has no intention of letting this happen as he has unfinished business to settle in this clash.

His teammates, of course, will rely on him, his experience and his important leadership. And Stefano Pioli will do the same, after resting him against Red Star Belgrade in the mid-week clash. Ibrahimovic is ready, hungry for revenge.