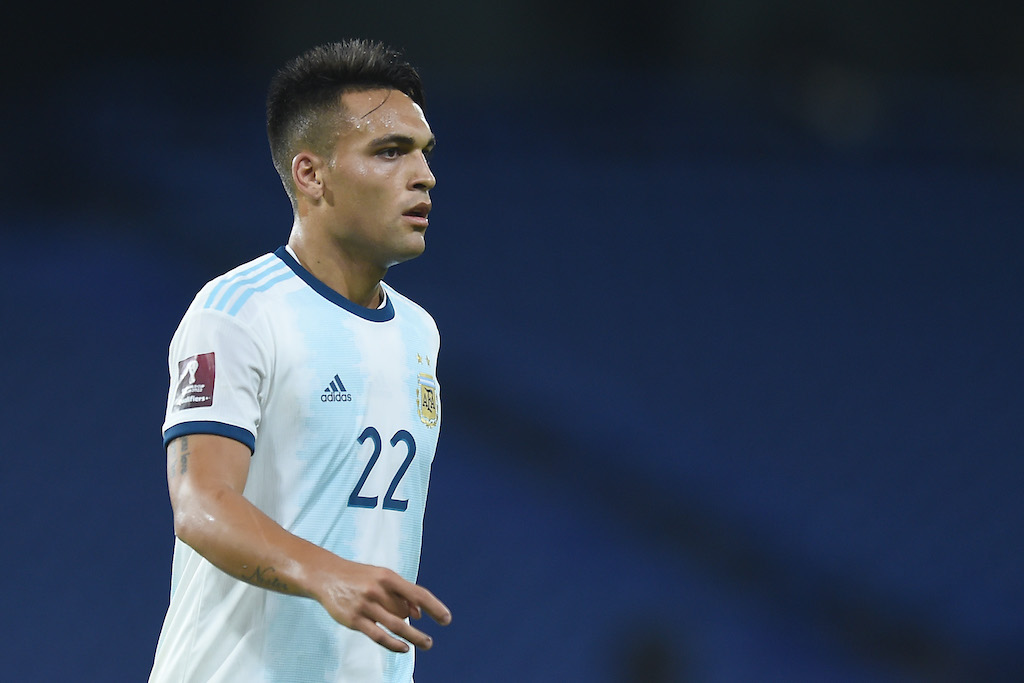 CorSport: Inter medical staff to monitor fitness of star striker ahead of derby against Milan

Inter could be without striker Lautaro Martinez for the derby against AC Milan on Saturday as his condition is being monitored, a report claims.

Head coach Antonio Conte will already be without a number of players in midfield and defender as Radja Nainggolan, Milan Skriniar, Roberto Gagliardini, Alessandro Bastoni, Andrei Radu and Ashley Young have tested positive for Coronavirus.

According to newspaper il Corriere dello Sport on Thursday (via passioneinter), Lautaro Martinez will have his condition evaluated by Inter’s medical staff ahead of the game against the Rossoneri.

The Argentine played a game in Bolivia at 3000 metres above sea a few days ago, and it is not uncommon for players to suffer from the affects of the altitude for a few days after, with teams being given oxygen in the changing room after games for example.

The paper adds that Lautaro may not have the strength in his legs to start the game for Inter, with Alexis Sanchez on stand-by to potentially take his spot in the XI.