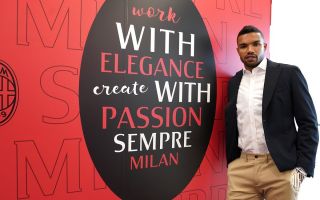 CorSport: Messias and his mission to convince Milan – the figures of the clause

Junior Messias was brought in by AC Milan on the final day of the transfer window, deemed an emergency solution. Since then, however, the adventure has been far from successful for the Brazilian.

It took a while for him to even begin training with the Rossoneri and after he had made his debut, he got injured. In that game against Atalanta, furthermore, he caused a penalty (although it didn’t affect the outcome).

In short, Messias will have to work hard to convince the Milan management and this was underlined by Corriere Dello Sport (via MilanNews) this morning. After all, the Rossoneri only added an option to buy in the deal.

They paid €2.5m for the loan to Crotone and in order to lock the winger down permanently, another €5.5m will have to be paid. Not a huge number by any means, but it could be an important contribution to another deal. The coming months should be decisive for Messias and his future, that’s for sure.

READ MORE: Rebic is back and could start against Fiorentina – the ace up Pioli’s sleeve