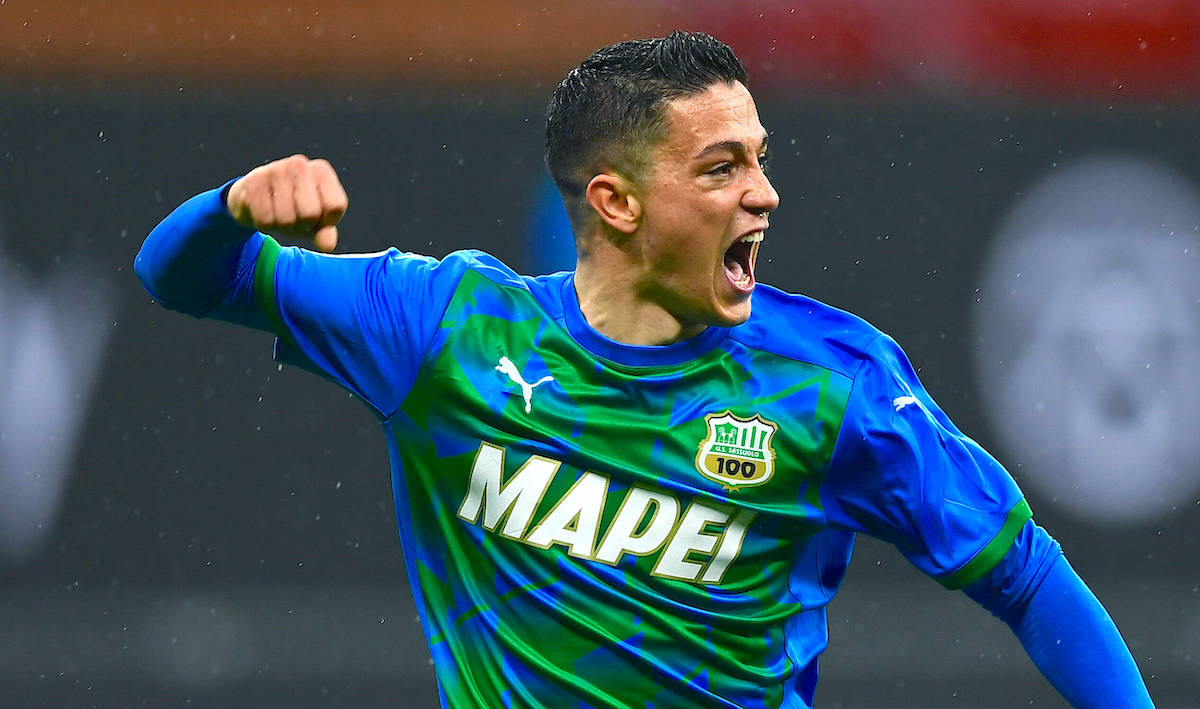 AC Milan are targeting Sassuolo striker Giacomo Raspadori but it seems that Inter are currently leading the race to sign him, a report claims.

The 21-year-old had somewhat of a breakout season in Serie A during the last campaign, including a match-winning brace against Milan at San Siro towards the end of the season, earning him a call-up from Roberto Mancini for Euro 2020.

According to il Corriere dello Sport (via Calciomercato.it), Inter have been on the trail of the Italian for some time and they want him to bolster Simone Inzaghi’s offensive department regardless of whether Lautaro Martinez leaves.

Marotta and Ausilio want to beat the competition of the other big clubs, Milan above all, and they could offer up some some counterparts in the operation with Sassuolo. The excellent relations between the two clubs could also help facilitate things, while it seems the Rossoneri are now behind in the race.