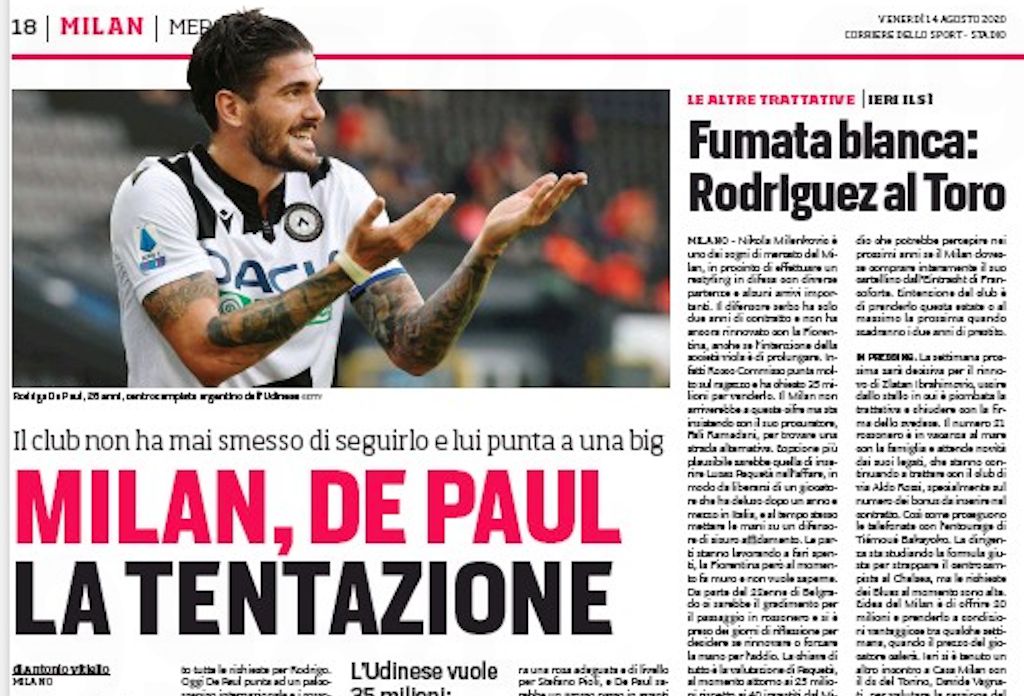 AC Milan are one of a number of clubs who are interested in Udinese playmaker Rodrigo De Paul, according to a report.

After a season with seven goals and six assists in 35 league appearances, it is being widely reported that Udinese will sell their star this summer and allow him to move up a level in terms of ambition.

According to Friday’s edition of il Corriere dello Sport, there is a lot of domestic interest in the Argentine international, with Milan highlighted in particular as being ‘tempted’ by the 26-year-old.

Napoli and Juventus are also believed to be keeping an eye on the situation, while the paper adds that Arsenal have joined the hunt too.

De Paul’s agent Augustin Jimenez has ‘received a lot of phone calls’ and is believed to be planning ‘business trips’ to start seeing representatives of clubs who want his client.

The price tag, to start with, is clear: €35million.