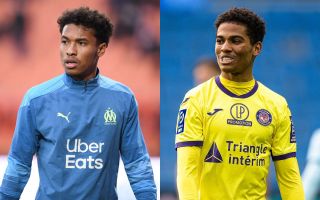 In their quest to reinforce the team, Milan have identified a few talents that could be very important for the future, but also for the present. In particular, two French players have been highlighted by the scouts.

According to Corriere Dello Sport (via MilanNews), the Rossoneri have set their sights on Marseille’s Boubacar Kamara for the midfield. The 21-year-old made 35 league appearances this past season and impressed a lot.

He can also play as a centre-back and this versatility could come in handy for Milan, who have asked Marseille about the situation. The first request of the French side was €20m, which seems to be a reasonable amount.

In addition to Kamara, Milan are in talks with Ligue 2 side Toulouse over the talented winger Amine Adli. The 21-year-old can also play as a striker and this is what the Rossoneri are looking for, very fond of the player in question.